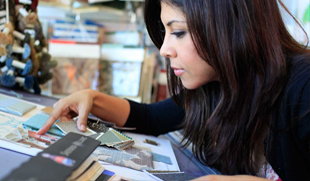 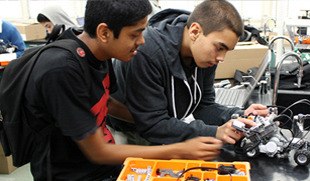 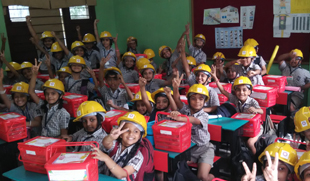 Sritech is not a company, nor an Institute. It is just a group of young, like-minded and energetic people bringing domain expertise in various fields.

We are proud of our students, faculties and back-end teams in building Sritech as a brand. 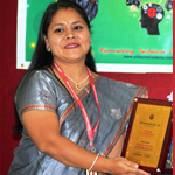 Mrs. Manjari Newar the founder of SRITECH is a lady with passion to create more “doers” in India. She started her business carrier at the age of 19. After being a successful interior designer for 15 years. She felt that the Indian education system weather it is professional or its school curriculum both emphasis on theory and exam, which takes away the joys of learning.

As she was an experienced Interior designer she thought of starting with that subject and opened an academy were students were graduated with more practical knowledge then theory.

Her urge for learning different technology was so high that she learnt robotics and became a successful robotist.

Introduction of Robotics was a second feather on the hat of Sritech. Under Robotics she developed a course called Mechatronics for students of age 7yrs to 20 yrs. Mechatronics is a multidisciplinary field of science that includes a combination of mechanical, electronics, programming, telecommunications, systems and control engineering.

This was not the end, while running both the streams i.e Interior Designing & Robotics successfully she felt she was still missing her core idea about the ways of students learning.

She immediately created a Research and Development team of Teachers, Parents ,ChildPsychologists etc. and discussed about various methods of learning.

After a long discussion the team came to a conclusion that providing practical knowledge at a primary stage was a only solution. For this a product should be developed which works on the theory “Everything is theoretically impossible until it is done".

SRITECH developed an educational STEM kit with brand name "TECHKNOW EDUKIT" and introduced in many schools from grade 1-8 across India.

E Learning has completely transformed the way in which learning is imparted to students. Unlike traditional chalk and board method of teaching, eLearning makes learning simpler, easier, and more effective.
Everyone can access education no matter the location
SRITECH VIRTUAL CLASSES GAVE STUDENTS THE COMFORT TO LEARN FROM HOME

What our clients say about Sritech Academy 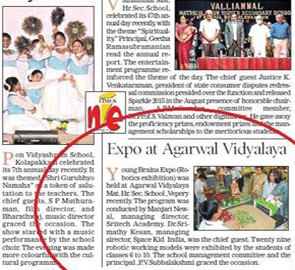 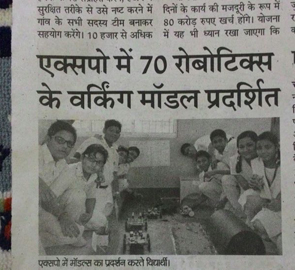 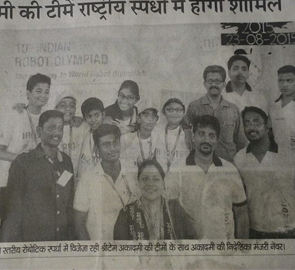 After persuing professional diploma course many students opened their own company and many were awarded with placements in estmeed designing companies like live Space, Home Lane, and Jaguar etc.

Nearly 120 schools across india included our stem kit in their curriculam.

Every year these schools organize science and robotic exhibitions with the projects of TECHKNOW EDUKIT.

"I would recommend the Academy time and time again to anyone looking to break into interior design as a solid foundation of all knowledge required!"

"The Academy is truly the beginning of my journey; the Course is informative, interesting and creative."

"I recommend this course to people of any age. The course is interesting, down to earth and suitable for those who have no prior experience in design and to those who are already in the business."

"I have always had an interest in renovating and organizing apartments, but never gave the Interior Design a thought until I knew about Sritech Interior Design Institute." 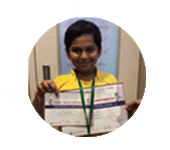 Kola Saraswathi Vaishnav Senior Secondary School
WeDo classes are my most favorite one as I love to do the activities like alligator, dancing birds, etc. They are very interesting too. 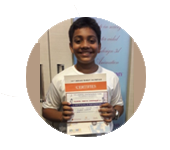 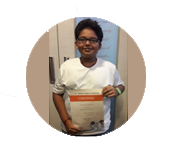 Agarwal Vidyalaya Matriculation Higher Secondary School
This robotic class has given me a lot of inspiration which is missing in our schools. It should be conducted every year so that I can get more knowledge and I can think beyond books and classrooms. 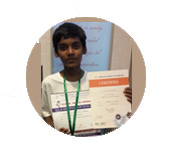 Kola Saraswathi Vaishnav Senior Secondary School
Sritech Robotics classes are very interesting. I am always eagerly waiting for the next day classes because I just love to do the EV3 activities. 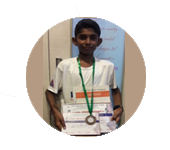 Smt Narbada Devi J Agarwal Vivekananda Vidyalaya Junior College
Sritech Academy is simply excellent. I like creating robots and when it starts working, I am so excited. I truly love every minute of this course. It’s really fun and interesting. 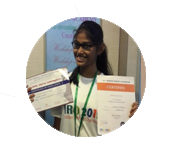 Agarwal Vidyalaya Matriculation Higher Secondary School
I have won various Robotic competitions and this has become possible only because of Sritech Academy. 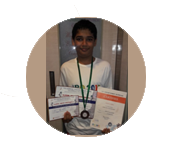 Don Bosco Matriculation Higher Secondary School
It was my immense pleasure to join Sritech Robotics class and I am very impressed with this program, great updates and fun projects to work on. 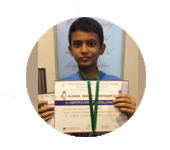 Smt Narbada Devi J Agarwal Vivekananda Vidyalaya Junior College
I came to know about Sritech Academy through my friend.I am benefited much from these robotic concepts and activities. 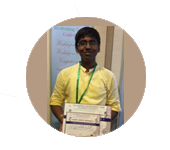 Smt Narbada Devi J Agarwal Vivekananda Vidyalaya Junior College
I love my Robotics classes very much. I have learned so much through this course. 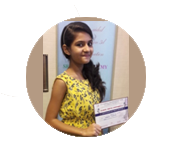 Agarwal Vidyalaya Matriculation Higher Secondary School
My Logical robot classes have gone very well as I have learnt much information about properties of magnet, types of batteries, etc. Sritech Academy is the BEST. 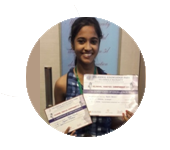 Agarwal Vidyalaya Matriculation Higher Secondary School
Through Sritech Academy of robotics, I improved my knowledge and working process in robotics.. 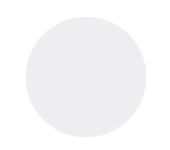 As a student coming to this academy was a great learning experience. Good faculty and proper timing gives everyone a comfort factor to learn and explore. Experienced teachers who explain to each one of us in detail regarding the course, thereby giving their valuable time. The most important thing as a student is that the academy is open to one and all. There's no restriction of age. So if anyone wants to pursue their career in their course, this is the right place. The course is made so easy that it does not burden anyone of us. My heartfelt thanks to the academy for giving me this opportunity to become what I wanted to be. This place has changed my life completely. I owe my success to this academy.

Simple to share...
You may be intelligent.. here, they will make u a master in same.....
I have joined for professional course in interior designing in this academy. The syllabus is easy and interesting. And the faculty is superb.

“The teaching learning process has undergone a total change in today's world. Sritech Academy has definitely transformed our classroom environment enabling our students to visualize, experiment and globalize their concepts of learning.”

“I am very impressed with your wonderful product. Each activity is clearly explained to the children. It is fun and fast moving and also provides a variety of follow-up activities.”

“This program is brilliant!!It keeps my students motivated and allows them to have fun and learn. I would thoroughly recommend this program to ALLSchool.”

“Sritech Academy’s TechKnow Edukit is a fantastic and engaging product for my students! They enjoy using the technology at school and also at home. I am thrilled with the results of my students, and I have Sritech Academy to thank!”

“Sritech Academy’s TechKnow Edukit is a comprehensive, well-integrated science program which I have found to be of great help in developing children’s skills and interest. Even the senior students wanted to have a go!”

Sritech Academy’s TechKnow Edukit has simply taken off in our school! It allows students to work at their own level and provides students at the lower end of the scale with the opportunity to gain success. The kids love the activities and different challenges!

Thank you for providing a fantastic Educational kit that ALL of my class love! They are able to access the learning experiences at their own instructional level and work independently, both at school and from home.

What I liked best about this product TechKnow Edukit was the variety of projects that are modeled and the incredible learning process of making students work with the team.

This product TechKnow Edukit is absolutely wonderful. The content is right on the syllabus for where we want our school to go. We are happy to introduce this product in our curriculum. 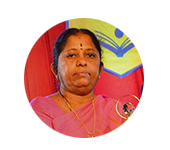 As the name suggests TechKnow Edukit, I must say it’s a wonderful example of projects based on Science, Maths and Technology (Robotics).

My first impression was that the TechKnow Edukit was based on the Robotics but it also includes project based on Science & Maths. I like the book which they provided along with the kit which makes it easy for a student to understand and complete all the projects step by step.

This year we introduced TechKnow Club in our School where the students were provided with TechKnow Edukit. The club was full of hands on activities based on different topics. Among all the projects, my favourite is banking with Maths, which they introduced in class 8th.

Get in Touch, we would be more than happy to help